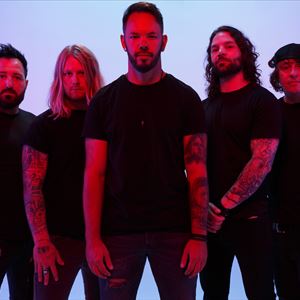 Those Damn Crows are a hard-hitting five piece rock band from Bridgend, South Wales. Performing all around the uk and playing at festivals such as Download Festival, Ramblin Man, Steelhouse, HRH, Giants Of Rock, Planet Rockstock, to name a few. The Crows first hit the scene when their single 'Fear The Broken' premiered through Kerrang.com, and have recently signed a world wide record deal with Earache Records and have joined forces with The ITB Agency, and Cosa Nostra PR.

Their mission is simple...to write great songs, play as many shows as possible and become another successful Welsh export.....Those Damn Crows.

North East England based rock quartet Edenthorn have gained an extremely loyal and ever growing fan base since the release of their debut album ‘The Maze’ in 2015 through extensive touring around the UK, solid memorable live performances and a personal and direct connection with their fans. This year, the band came third as Planet Rocks 'Best New Band' and also confirmed their slot at Planet Rockstock alongside acts such as Uriah Heep and Quireboys.