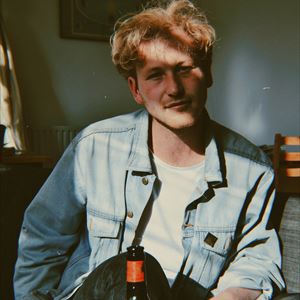 Harry Marshall is an artist that brings gravitas, poise, and the emotive grace of a man well beyond his years to every stage he sets foot on.

The singer-songwriter has been writing his own music and performing on intimate public house stages since age thirteen. Now living in London and playing with a full band, the boy from Springsure, Australia is taking on larger stages and charting internationally with singles such as 2016’s 'Epilogue' and 2018’s 'Nowadays'. In 2019, his catalogue topped a million streams.

For Harry, it’s all about being under the lights and in front of the crowd. Doesn’t matter if it’s in an auditorium or his Piccadilly Circus stomping grounds where he occasionally drops in for a set as a street busker. Anywhere Harry Marshall can set up a mic and strap on his guitar is the only stage that seems to matter. As he lets his soul inspired lyrics fall into rhythm with the rougher rock edges and electric currents found in his guitar playing, presses pause on the humdrum of our days and lets us know, “yes, there are still stories yet to tell, there are new places you’ve yet to go.” In his past releases 'Mountain' and 'Pressure's On', Harry reveals his seriousness as an artist and his intention to become the next unignorable act in the indie world.

Harry has already gotten back to live selling out the Grace in London in August of 2021- he plans to do the same at Nell's.


Support from Lorana and LEAP