Toots And The Maytals - The Final Tour 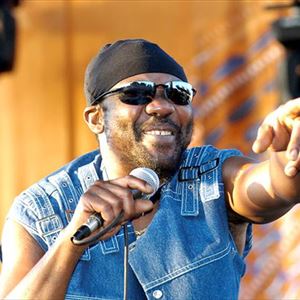 14+ only in the standing area, 14s - 15s must be accompanied by an adult in the seating area. No refunds will be given for incorrectly booked tickets.

Toots and the Maytals were huge in the '60s and are still huge as we head into the year 2020. Known as one of the pioneers of Jamaican music, whether it be Ska, Rocksteady, or Reggae, Hibbert and company have made major contributions to the culture. His 1968 hit Do the Reggae was the first song in history to use the term 'Reggae'. This would explain the reason for the inclusion of Toots and Maytals in any conversation relating to the progression of Jamaican music. Toots and the Maytals ran riot with songs like Bam Bam, Sweet and Dandy, and also Monkey Man, cementing their spot in history. One would think they were finished, but that idea hasn't resonated with Toots.

In 2019 Toots and the Maytals have signed a record deal with the Trojan Jamaica label. The record label, which was started in February 2019, was created by Zak Starkey, an accomplished musician who has worked with The Who, Oasis and Johnny Mar and the Healers, and partnered by Australian born artiste and musician SSHH. Toots seems to be over the moon with this new development.

Ticket collections and duplicate tickets can only be collected by the
card holder in possession of the card.