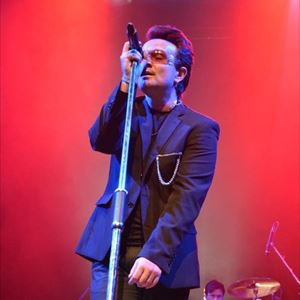 All U2UK performances
Have tickets to sell? – Find out more

U2UK have won the hearts of U2 fans all over by performing in Europe and beyond, including U2's after show party at the Heineken Stadium for two consecutive nights on the Dutch leg of the Vertigo Tour.

Over their fourteen year history, they have played to audiences all over the world, from Beirut, Romania, Portugal, Spain, Malta, Azores, Ireland, Cyprus, Sweden, Holland, Belgium and of course all over the UK, and to crowds from as intimate as one hundred to over ten thousand; it’s easy to see why U2UK are Europe’s Premiere U2 Tribute Show.

Performing songs spanning four decades of some of the greatest rock anthems ever written, U2UK recreates the most captivating moments of the tours which have earned U2 their reputation as ‘The World’s Greatest Rock Band’.