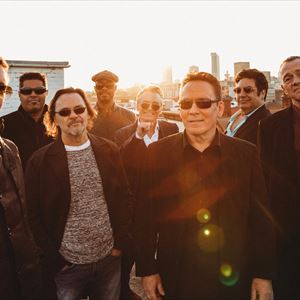 UB40 The Dualers The Beat

All UB40 performances
Have tickets to sell? – Find out more

UB40
+ very special guests: THE DUALERS
+ very special guests: THE BEAT
+ full supporting line up to be announced
UB40 were formed in 1978 and have gone to sell more than 70 million records worldwide and have had over 50 singles in the UK Singles Chart including 'Red Red Wine', 'Kingston Town', 'Rat in Mi KItchen', 'Food For Thought', 'I Got You Babe', '(I Can't Help) Falling In Love With You', 'One In Ten', 'My Way of Thinking', 'Please Don't Make Me Cry', 'Many Rivers to Cross', 'Cherry Oh Baby' and many more.
THE DUALERS are a Jamaican Rhythm & Blues band from South-East London. The band had hit singles 'Kiss on the Lips' and 'Truly Madly Deeply' with no industry backing. 2019 saw the release of the album, 'Palm Trees & 80 Degrees' which stormed into the UK album chart at #11. Heralded as Britain’s finest Ska & Reggae band The Dualers continue to play to sell-out crowds all over the UK.
THE BEAT formed in 1979 releasing their debut single 'Tears of a Clown' on 2-Tone Records the same year which charted in the UK at #6. Along with The Specials, Madness, and The Selecter, The Beat were one of the defining bands of the 2-Tone era. Further hits followed such as 'Hand's Off She's Mine', 'Can't Get Used To Losing You', 'Best Friend', 'Too Nice To Talk To', 'Save It For Later', 'I Confess', 'Doors Of Your Heart', 'Twist and Crawl', 'Stand Down Margaret' and their signature tune 'Mirror in the Bathroom'.
Rochester Castle, Kent
Saturday 11th July 2020
Doors: Midday - 11pm
General Admission: £37.50 in advance
VIP Admission: £75 in advance
VIP ticket features a designated VIP entry lane & access to the exclusive VIP area
An AGMP presentation