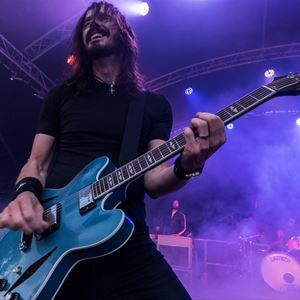 All UK Foo Fighters performances
Have tickets to sell? – Find out more

The World-Famous tribute band ‘UK Foo Fighters’ takes you on a journey spanning 25 years of music from the now legendary band ‘Foo Fighters’ and their charismatic leader, Dave Grohl.

Featured in Classic Rock, Rolling Stone, Kerrang, NME, Q, MOJO and Planet Rock magazines. ‘UK Foo Fighters’ have built an incredible reputation over the last 12 years, heralded by Dave Grohl himself and celebrated as ‘THE’ tribute to the Foo’s in a 2017 BBC documentary called ‘UK Foo Fighters - My Hero’, placing them firmly amongst tribute’s elite.

They absolutely nail the true vibe of a Foo’s live experience, all performed down to the closest detail making it a truly unmissable show for any rock music fan.