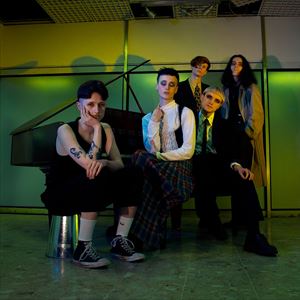 Walt Disco are a band whose influences derive not from just music itself, but much more so from love,
glamour and androgyny. Crooning vocals, angular guitars, dark shimmering synths - their music is a gateway
to a space of lust, loss and everything in-between.