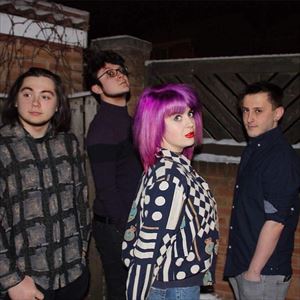 Join Waiting List
Indie Midlands Presents Weekend Recovery + Special Guests
Weekend Recovery
Furious guitar riffs and all consuming vocals swiftly engulf you as you are unapologetically swept up amongst an electrical infused wave of poker-faced furore.
As the band have continued to grow and improve since inception, they have caught the ears of many industry leading blogs, leading them to be championed by the likes of Louder Than War, who premiered their album 'Get What You Came For'. Whilst also being reviewed by the likes of NME, Cat On The Wall, Get In Her Ears, Music Glue and being recommended by Abbie McCarthy on BBC Introducing in Kent, Planet Rock, Radio X, Amazing Radio and Kerrang!
SPIT
Brand new four-piece band hailing from Stourbridge and taking influences from bands such as Sonic Youth and Movements.

Spit have already created a buzz locally through their live shows but expect a release soon!