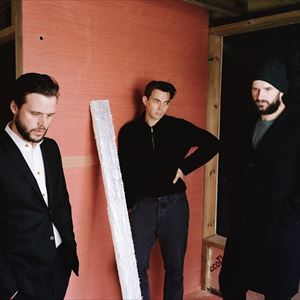 White Lies were formed in 2007 by Harry McVeigh, Charles Cave and Jack Lawrence-Brown. Their debut album To Lose My Life... was released in January of 2009 and immediately topped the UK Albums Chart bursting on to the scene with two major singles - 'To Lose My Life' and 'Farewell to the Fairground'. In 2011 White Lies released their follow up Ritual, 2013 welcomed the release of Big TV, and Friends dropped in 2016. Their intense creative process of regular studio album releases culminated in early 2019 with the release of Five, White Lies' fifth studio album, to both audience and critical acclaim. Harry McVeigh's vocals, often reminiscent of Ian Curtis', commonly draws comparisons to Joy Division, Interpol and Editors by critics, however the White Lies trio highlights Talking Heads, The Secret Machines and The Cars as their most important musical influences. One thing is certain, in the past twelve years White Lies have created an enviable body of work and a unique sound, adored by audiences the world over whether at their own club shows or festival appearances across the globe.