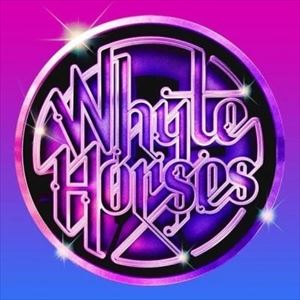 14+ only. 15s to 14s must be accompanied by an adult. No refunds will be given for incorrectly booked tickets.

Since Dom Thomas is one of the founders of the acclaimed reissue label Finders Keepers, it makes sense that his band Whyte Horses is informed by a dizzying array of musical influences. This wide sonic palette of psychedelia, library music, acid folk, Krautrock, tropicália, yé-yé, and lounge was skillfully woven by “music-chronologist” Thomas into an accessible, hypnotic, dreamy psych-pop. Whyte Horses’ first release was the single Snowfalls on the London-based label CRC in October 2014, followed by debut album Pop or Not in May 2016 (already released in a private pressing the previous year). Guesting on this brilliantly otherworldly debut was the Anglo-French vocalist Julie Margat (aka Lispector), who brought a healthy dose of Gallic cool to the proceedings. Thomas was also ably abetted on Pop or Not by the Doves’ Jez Williams, Ian Parton of the Go! Team, Belle and Sebastian’s Chris Geddes, and indie psych maverick Jim Noir. The album was feted by Noel Gallagher and press outlets like NME and voted Album of the Year by their hometown record shop Piccadilly Records. Before the year was out, however, the group re-recorded the album in its entirety with the kids of St. Bartholomew’s School Choir on vocals and released it as Pop or Not: The Music of Whyte Horses. The next year the band played live in London for the first time at the Barbican. It was a special show, dubbed the Whyte Horses Experience, and included guest spots by La Roux, Badly Drawn Boy, the St. Bart’s Choir, and members of the Go! Team. By the time the next album was to be recorded, Thomas had found a new vocal muse, Audrey Pic, late of the band the Envelopes. He also added Elly Jackson of La Roux, Melanie Pain of Nouvelle Vague, and the Soundcarriers’ Leonore Wheatley to the lineup for 2018’s Empty Words, a slightly less effervescent and more varied take on the bubbly pop of their debut.