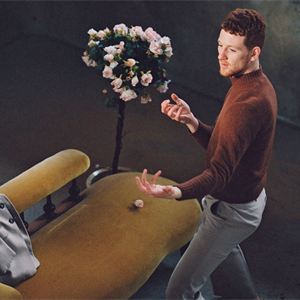 All Willie J Healey performances
Have tickets to sell? – Find out more

Buy a ticket to this show and bring a friend for free! We’ve all missed music
and mates over the last year. Now is the time to #ComeTogether to
#ReviveLive music.

Hailing from Carterton in Oxfordshire, Willie J Healey operates within his own lane. This is a musician who can write about any topic that grabs his attention: from acute observationals and the innocence of young love, through to gothic visitations from the devil and alien abductions.

He’s unconstrained by genre, moving at will between raw garage-rock, evocative Americana and sweet psychedelia. He released his debut album ‘People and their Dogs’ in 2017 before teaming up with new music champions YALA! to release the ‘666 Kill’ EP. His second album ‘Twin Heavy’ was released in July 2020 and declared “indie pop gold’ by Q magazine.