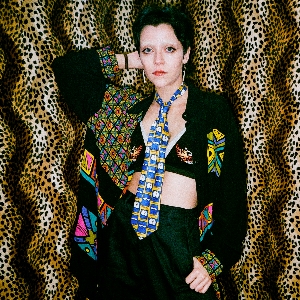 However, YNES’s ludicrously direct lyrics are what really sets her apart as an artist. Self-described as an “amateur singer-songwriter, professional f*ck-up”, nothing in her universe is ever taken too seriously, least of all YNES herself.


Graywave is the solo musical venture of multiinstrumentalist Jess Webberley. The first single of the project, ‘Afternoon Escapism’was released April 2019 and has since then achieved over 2000 streams on Spotify.

Taking influence from the likes of Men I Trust, Slowdive, Crumb, and Widowspeak, Graywave aims to create music to make you feel as though you are elsewhere. The combination of dreamy chords, shoegaze inspired guitar leads and powerful vocals creates a distinctive, recognisable sound.

Graywave has been featured on the Brum Radio A-List multiple times and has had radio play from BBC Introducing. The most recent single ‘Before’ has been their most successful song to date, landing a feature on an editorial Spotify playlist as well as receiving glowing reviews and radio play globally. The artist has recently signed to Australian label ‘False Peak Records’ and will be releasing her EP on vinyl through them.