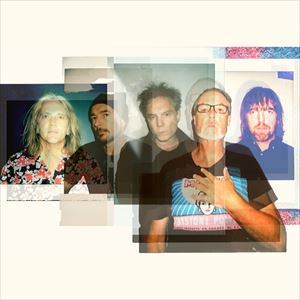 The Church is an Australian rock band formed in Sydney in 1980. Initially associated with new wave and the neo-psychedelic sound of the mid 1980s, their music later became more reminiscent of progressive rock, featuring long instrumental jams and complex guitar interplay. Founding members are Steve Kilbey on lead vocals and bass guitar, and Peter Koppes and Marty Willson-Piper on guitars, while Tim Powles has played on drums since 1994. Three of the members recorded material as The Refo:mation in 1997. The Church's debut album, Of Skins and Heart (1981), delivered their first radio hit "The Unguarded Moment". They were signed to major labels in Australia, Europe and the United States. However, the US label was dissatisfied with their second album and dropped the band without releasing it. This put a dent in their international success, but they returned to the charts in 1988, with the album Starfish and the US Top┬á40 hit "Under the Milky Way". Subsequent commercial success proved elusive, however, and the band weathered several line-up changes in the early 1990s. The last decade has seen them settle on their current line-up. On 27 October 2010, The Church were inducted into the ARIA Hall of Fame in Sydney.