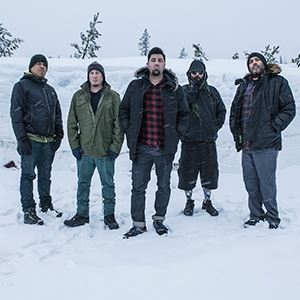 Deftones are an American rock band from Sacramento, California, founded in 1988. The band consists of Chino Moreno (lead vocals and guitar), Stephen Carpenter (guitar), Chi Cheng (bass), Frank Delgado (keyboards and turntables), and Abe Cunningham (drums and percussion). As of 2009, Sergio Vega is standing in on bass while Cheng recovers from a car accident. They have released six albums to date, with three Platinum (Adrenaline, White Pony, Around the Fur) and one Gold certification (for the self-titled album).