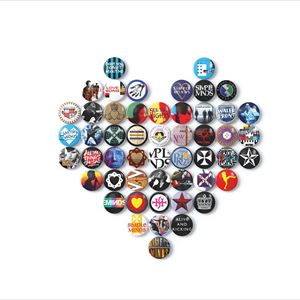 Simple Minds are a Scottish rock band who achieved worldwide popularity from the mid-1980s to the early 1990s. The band produced a handful of critically acclaimed albums in the early 1980s and best known for their #1 US, Canada and Netherlands hit single "Don''t You (Forget About Me)", from the soundtrack of the John Hughes movie The Breakfast Club, #3 US hit single "Alive and Kicking" and #1 UK hit single "Belfast Child". The band has sold more than 40┬ámillion albums since 1979. The core of the band is the two remaining founder members - Jim Kerr (vocals, songwriting) and Charlie Burchill (guitars, keyboards, other instruments, songwriting) - and drummer Mel Gaynor (who first joined the band in 1982). The other current band members are Andy Gillespie (keyboards) and Ged Grimes (bass guitar). Significant former members include bass guitarist Derek Forbes and keyboard player Michael MacNeil (the latter credited as a significant band composer during the band''s rise in the 1980s).