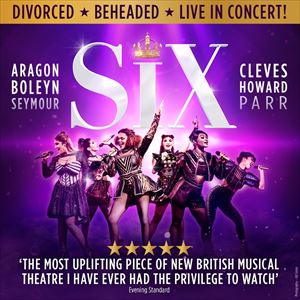 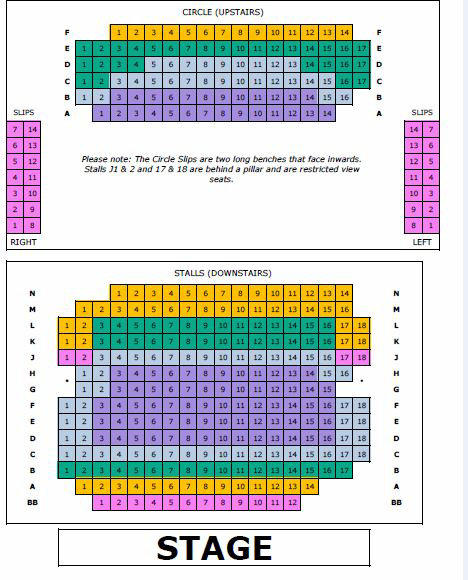 Please note that stalls have no step free access. There are 19 stairs down to the stalls

The homegrown histo-remixed pop-concert musical by Toby Marlow and Lucy Moss is back at the Arts Theatre, London, now booking until January 2021!

Award-winning SIX, ?the most uplifting piece of new British musical theatre' (????? The Evening Standard) is the phenomenon everyone is losing their head over!

Critically acclaimed across the UK with a studio album storming up the UK pop charts, the sell-out intoxicating Tudor take-off has been nominated for five Olivier Awards!

From Tudor Queens to Pop Princesses, the six wives of Henry VIII take to the mic to tell their tales, remixing five hundred years of historical heartbreak into a 75-minute celebration of 21st century girl power. These Queens may have green sleeves but their lipstick is rebellious red.

Get down and book early to avoid disappointment for 'the best the West End has to offer' (???? Telegraph)

Courtney Bowman and Danielle Steers have been announced to take over the roles of Anne Boleyn and Catherine Parr from October 15.

From July, Collette Guitart will join the company as a dance captain/understudy and Shekinah Macfarlane will join as alternate Catherine of Aragon and Anna of Cleves from July to October.

???? 'HAMILTON MOVE OVER, THERE'S A NEW RETELLING IN TOWN' - The Times