Sorry there are no shows for Mood Music right now.

Don't miss out on the latest Mood Music tour dates - sign up to our newsletter
★★★★★ "Electrifyingly smart" Financial Times ★★★★ "Brilliant performances by Ben Chaplin and Seána Kerslake" The Independent Special Offer Band A Tickets down to £30 for a limited time only! "Music is medication. The elixir of life. It's for injecting into the blood stream to take away the pain... to promote euphoria... to adrenalise us and give us courage and fortitude." The Old Vic will present the World Premier of Joe Penhall's new play Mood Music which previews at The Old Vic from 21 April 2018, with a press night on 2 May 2018. Ben Chaplin will play the role of Bernard alongside Seána Kerslake in the role of Cat. They are joined by Pip Carter as Ramsay, Kurt Egyiawan as Miles, Jemma Redgrave as Vanessa and Neil Stuke as Seymour. In a top London recording studio, a young songwriter Cat, her producer Bernard, their lawyers and psychotherapists go to battle over who owns a hit song. A sly, wry exploration of the dark side of the music industry by Joe Penhall, the award-winning writer of Sunny Afternoon and Blue/Orange, the world premiere of Mood Music is directed by Roger Michell. Mood Music plays over The Old Vic's 200th birthday on 11 May 2018 and is the fourth production in The Old Vic's bicentenary season. ★★★★ "Fascinating and highly topical" The Guardian ★★★★ "Surely a candidate for best play of the year" Artsdesk 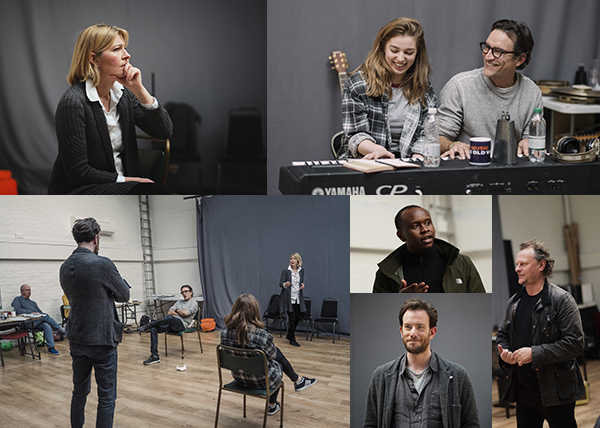