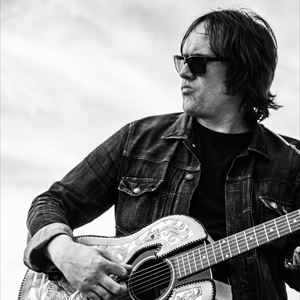 WORKING CLASS HERO FOR THE 21st CENTURY ROBERT VINCENT EXPLORES THE COMMONALITY OF THE HUMAN EXPERIENCE ONTHIRD FULL-LENGTH ALBUM IN THIS TOWN YOU’RE OWNED OUT FEBRUARY 14, 2020 VIA THIRTY TIGERS

“People say you should just stick to music and keep your opinions to yourself but I find that entirely the opposite of what songwriting should be,” explains award-winning singer-songwriter Robert Vincent of his third album,In This Town You’re Owned.He continues,“we should be the ones that are bothered by what goes on in society.” On In This Town You’re Owned, Vincent returns with his most relevant album to date, produced by BRIT (British Record Industry) Award-winning Ethan Johns —acclaimed for his production work with Paul McCartney, Kings Of Leon and Laura Marling,among others. With the new album, Vincent deals in hard truths and easy melodies, furthering the tradition of classically crafted songwriting that asks the difficult questions about everyday emotions. “I’m just really interested in the human condition and how people react to things.” In This Town You’re Owned sees Vincent at his most contemporary, and with a bigger scope of vision than ever before.

MOJO described Vincent as “a young man filled withdreams, regret and shocking talent,giving his all,” while Q has called his music “thoroughly modern countryrock.” Since his 2013 debut album,Life in Easy Steps, the Liverpudlian has become an acclaimed new voice in Americana, country and folk. Having received the inaugural Emerging Artist Award from famed British broadcaster “Whispering” Bob Harris in 2016—who described him as ‘”absolutely magnetic” Vincent was then invited onto BBC4’s Old Grey Whistle Test: For One Night Only.That performance marked a real breakthrough for the musician, establishing him as one of the U.K.’s leading lights in Americana and propelling him to #1 in the iTunes Country chart.